28 Sep 22, Lecture of Kevin Ostoyich in Erfurt on Jewish refugees in Shanghai 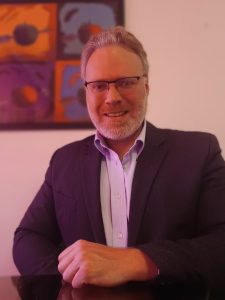 Our fellow Kevin Ostoyich is giving a talk on Jewish refugees in Shanghai during the Second World War at the Begegnungsstätte Neue Synagoge in Erfurt (address: An der Stadtmünze 5, 99084 Erfurt) on September 28 at 6 p.m. The talk will be held in English.

About the lecture: Kevin Ostoyich will give an overview of the history of Jewish refugees who fled Nazi-dominated Europe for Shanghai, China, during the Second World War. His reading will draw on interviews he has conducted with Jews who had to flee from Europe to Shanghai and establish a new life there.

Click here for the announcement by the Begegnungsstätte Kleine Synagoge.