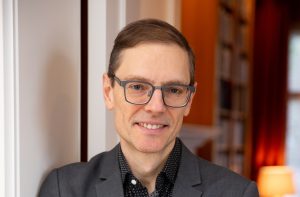 A warm welcome to our new guest Martin Puchner who joins the Kolleg until late spring 2023.

Martin Puchner has worked on such disparate topics as modernist closet dramas, revolutionary manifestos, Platonic dialogues, a history of world literature, environmental storytelling and Rotwelsch, the secret language of Central Europe. Having studied at the universities of Konstanz and Bologna, he pursued these topics at Columbia and Harvard, with shorter stints at Cornell, the Berlin Institute for Advanced Study, the New York Public Library and the American Academy. He occasionally attempts to bring the humanities to the attention of a larger public with op-eds, book reviews, essays, anthologies and open online courses.

At global dis:connect, Martin will expand his forthcoming history of culture, entitled Culture: the story of us, from cave art to K-pop, into a textbook introduction to the arts and humanities. The work focuses on mechanisms of transmission, with particular emphasis on interruption, misreading, appropriation and — of course — global dis:connections.