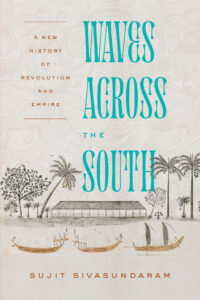 We are proud to report that our future fellow Sujit Sivasundaram’s latest book ‘Waves Across the South: A New History of Revolution and Empire’ wins this year’s British Academy Book Prize for Global Cultural Understanding. Sujit, who will join the Kolleg as a fellow in January, is a historian at the University of Cambridge. In his book, he radically shifts perspective and re-thinks British colonial history as seen from the southern seas. In doing so, he presents a much-needed adjustment in our Eurocentric imagination of the Age of Revolutions.